Infrastructure Concessions to Attract Investments of BGN 1 B into Bulgaria 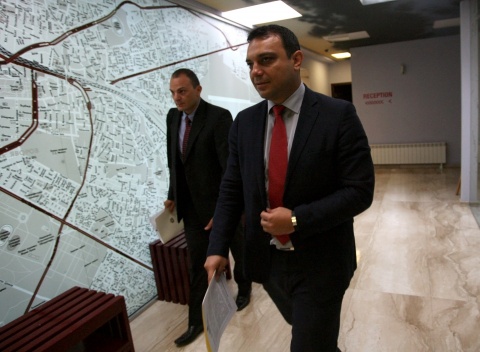 Transport Minister Ivaylo Moskovski has argued that a total of ten infrastructure sites granted under concession will attract investments of around BGN 1 B into the country. Photo by BGNES

Bulgarian Transport Minister Ivaylo Moskovski has cited preliminary estimations indicating that a total of 10 infrastructure sites granted under concession are expected to bring investments amounting to BGN 1 B into the country.

Speaking Monday at a forum on attracting foreign investments in transport, logistics and machine building, he explained that the two airports in the Black Sea cities of Varna and Burgas were on the list of sites granted under concession.

Bulgaria's Minister of Transport, Information Technology and Communications further highlighted that the airports in Varna and Burgas had already been equipped with new terminals and runways, despite initial problems.

Moskovski announced that concession procedures were being prepared for a number of key sites that could attract foreign investment, one of them being Sofia Airport.

He listed the airports in Plovdiv, Ruse and Gorna Oryahovitsa and the ports in Burgas, Vidin, Ruse and Lom as projects pending concession.

"The port in Varna is being prepared for forthcoming concession procedures and similar steps have been launched for a number of railway stations," Moskovski added.

"We are pinning great hopes on the privatization of the Freight Services unit of the Bulgarian State Railways (BDZ), which is one of the key elements in the plan for restructuring the railway company," the Transport Minister stated.

He pointed out that as an EU member state, Bulgaria could take advantage of EU funding opportunities in the sphere of transport corridors.

Moskovski added that total investments earmarked by the end of the programming period (end-2014) amounted to slightly over EUR 2 B.

He drew attention to the fact that Bulgaria was seeking a solution for the development of infrastructure projects that could not receive EU funding, stressing that public-private partnership was one option.