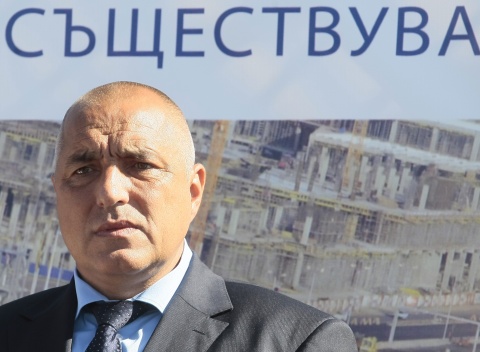 Bulgarian PM Boyko Borisov at the recent opening of the south section of Sofia's ring road. Photo by BGNES

Bulgarian journalists have requested a check by the European Parliament on alleged ties of Bulgarian PM Boyko Borisov to the criminal world published by Wikileaks.

Bulgarian investigative site Bivol.bg, official Wikileaks partner, published a year ago a diplomatic cable by US ambassador to Bulgaria John Beyerle, in which the diplomat refers to reports linking Borisov to illegal fuel deals, traffic in amphetamines and money laundering.

End of May, German paper Die Tageszeitung published information suggesting that Beyerle was basing the contents of his cable on information he received from the CIA.

"The very fact that there is such shadow casted on the Prime Minister of EU member state over the above listed suspicions, known publically and internationally, is scandalous and hurts the public image of the entire European Union," write the Bivol.bg journalists in their letter to the EP's Special Committee on Organized Crime, Corruption and Money Laundering (CRIM).

They further stress that the fact that the information comes from no other source than the CIA speaks strongly on behalf of its reliability and warrants the incrimination of Borisov.

"The case is fully within the authority and the competence of CRIM. We believe that the Committee’s probe will shed light on the mixing of interests of organized crime and senior officials," reads the letter addressed to the EP committee.

The Bulgarian journalists in particular ask CRIM to organize a public hearing of, among others, Wikleaks's Julian Assange, Serbian mafia boss Sreten Jocic (currently under trial), a number of journalists and intelligence officers, as well as Boyko Borisov himself.

You can read the full English text of the letter sent to the EP Special Committee on Organized Crime, Corruption and Money Laundering HERE.