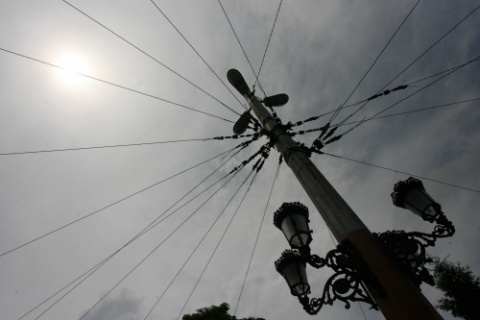 The sale of the minority stakes in the electricity distributors on the stock exchange was considered a must-do task in 2011. Photo by Sofia Photo Agency

Bulgaria's government is expected to list its 33% minority stake in E.ON and CEZ power distributors at the end of summer or the beginning of the autumn in a bid to enliven the local stock exchange and boost revenues.

This was announced by Ivan Takev, Chief Executive of the Bulgarian Stock Exchange in an interview for Dow Jones Newswires. Takev spoke on the sidelines of the Federation of European Securities Exchanges conference in Istanbul.

The local units of Germany's E.ON and Czech CEZ were initially expected to launch their initial public offerings (IPOs) at the end of last year or in January.

The delay has prompted speculations that CEZ is considering a withdrawal from Bulgaria, but the company has vehemently denied those rumors.

The third power distributor in the country - Austria's EVN AG - acquired more than 97% in the capital of its two units in Bulgaria right after the trade with their shares started on the local stock exchange at the end of last year.

A total of 112,795 shares in the two companies - Electrosnabdiavane and Electrorazpredelenie - were sold, raising BGN 92.97 M, well above the government's target of BGN 78.4 M.

The average price achieved during the trade for the shares from the two companies was BGN 156.60 and BGN 1632.56 per share respectively, data showed.

Experts have repeatedly called on the government to launch high-quality initial public offerings to bring back to life the capital market, dented by low liquidity and lack of quality stock, as well as to boost revenues.

E.ON serves households in North-Eastern Bulgaria, including the Black Sea city of Varna. Czech power utility CEZ supplies power to over 2 million households and companies in western Bulgaria, while EVN serves the south-eastern parts of the country.