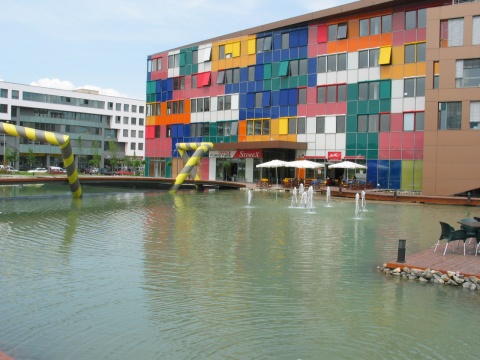 Business Park Sofia ranks first among high quality office projects in the Bulgarian capital, according to a survey by Colliers realtor.

As Bulgaria's capital Sofia has put on offer a bumper crop of office space, companies based here become choosier about the working place they want to buy or rent, a survey shows.

More than 50% of the interviewed Sofia-based companies frown at current rental levels of office projects in the capital, saying they are not aligned to the market conditions, according to a report by realtor Colliers.

According to approximately 90% of the interviewed companies the supply of office properties in Sofia exceeds the demand.

Only 21% of the interviewed companies consider the supply of high quality office projects in Sofia not sufficient, according to the survey. A total of 45% of the companies, which took part in the survey, said the office premises they are occupying currently provide quality working environment - quality illumination, sufficient fresh air, low levels of harmful emissions of the finishing works.

As a whole, the interviewed companies voiced positive expectations about the development of Bulgaria's economy in 2012.

Nearly 40% forecast a positive outlook for the economic development of the country in comparison with the previous year, while just as many say things will remain unchanged.

Even though they remain upbeat, Sofia-based companies are still more inclined to rent rather than buy their own office premises, the survey found out.

Colliers' data shows that first-class office space in Sofia totals 300.000 square meters, which accounts for only 19% of the total office space available.

About 30% of the total office space in the Bulgarian capital remains unoccupied.