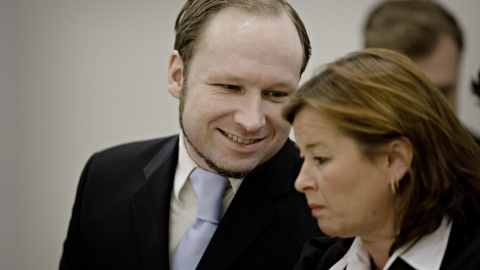 Breivik's lawyers have made it clear that their client does not want to be declared insane. Photo by dagbladet.no

According to the prosecutors, it could not be ruled out that the 33-year-old Norwegian was psychotic when he killed 77 people in a bomb and gun rampage on July 22 2011.

"We request that he is transferred to compulsory psychiatric care," prosecutor Svein Holden has declared, as cited by BBC.

He has pointed out that although prosecutors could not be sure Breivik was insane, there remained doubt about his sanity.

The prosecutors believe that the mass murderer started planning his terror attacks in 2009, dagbladet.no says. They do not believe his description of the so-called "Knights Templar" network was reliable.

The defence concludes on Friday.

Breivik's lawyers have made it clear that their client does not want to be declared insane. He has described the alternative as "ending up in a madhouse."