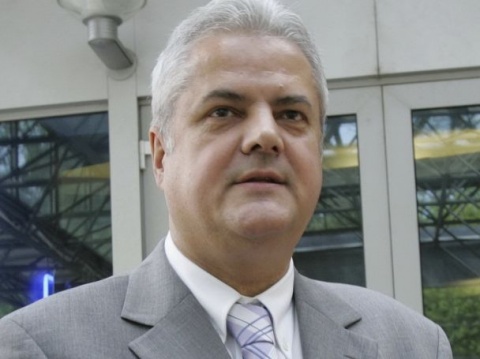 Former Romanian Prime Minister Adrian Nastase is to be Romania's first leader to serve time in prison since the 1989 fall of communism. Photo by EPA/BGNES

According to the press release, the ex PM used a handgun to shoot himself in the throat with one bullet when police arrived in his home to arrest him. He has been transported to a hospital in the capital Bucharest and his life is said to be out of danger.

Nastase had appealed a March 30 court ruling that sentenced him to prison for illegally raising funds for a failed presidential campaign. Wednesday's high court decision is final.

Nastase was the Prime Minister of Romania from 2000 to 2004. He has insisted that the case is politically motivated.

Prosecutors said that companies and state agencies were forced to pay fees to attend a conference in 2004, and the money was then used to pay for Nastase's unsuccessful run for the presidency in 2004. He lost the runoff to President Traian Basescu.

Nastase is to be Romania's first leader to serve time in prison since the 1989 fall of communism.