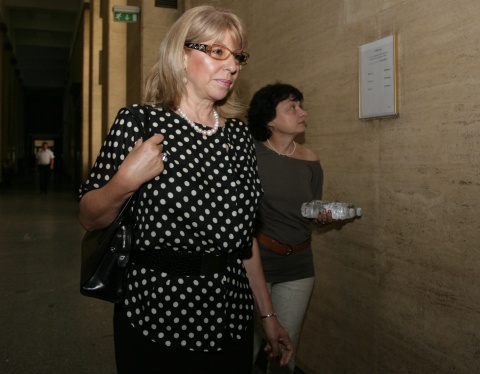 Maria Murgina, former head of the National Revenue Agency (NRA), has been sentenced to four years in prison for malfeasance in office. Photo by BGNES

The Sofia Appellate Prosecutor's Office (SAP) has asked the Sofia Appellate Court (SAC) to uphold the effective sentence of four years of imprisonment handed to Maria Murgina, former head of the National Revenue Agency (NRA), for malfeasance in office.

On January 25, 2011, the Sofia City Court declared Murgina guilty on two out of four counts.

The ex NRA Director was found guilty of ordering a chief inspector at the Large-Scale Taxpayers and Insurers Directorate of the NRA to enter false data into a company's audit report, thereby preventing the collection of BGN 1.32 M in corporate taxes from the firm.

The court of first instance also found Murgina guilty of pressuring Milena Tsolchovska, former Director of the NRA unit in Silistra, into resigning.

Murgina was said to have told Tsolchovska that she was facing two options – moving to work in the Black Sea city of Varna or facing disciplinary dismissal.

According to the Sofia Appellate Prosecutor's Office, both witness testimony and the fact that the local NRA Inspectorate had been forced to change its estimate of Tsolchovska's work from positive to negative are unequivocal proof of the former NRA Director's guilt.

The SAP has asked the appellate magistrates to uphold the decision of the court of first instance in its entirety, meaning that the prosecutors agree with the acquittal on counts of absolving Valentin Zahariev, former owner of the Kremikovtzi steel mill, of financial liabilities of BGN 11.5 M and of failing to declare property in the Black Sea resort of Sozopol.

The trial against the former NRA Director kicked off in 2009 at the initiative of the State Agency for National Security (DANS), which deiced to strip her of the right to access to classified information

According to unofficial reports cited by Mediapool, the probe against Murgina was triggered by Dimitrina Zaharinova, former financial advisor of Petko Sertov, former DANS head.

Before starting work at DANS, Zaharinova was said to have been a high-ranking official of the NRA.