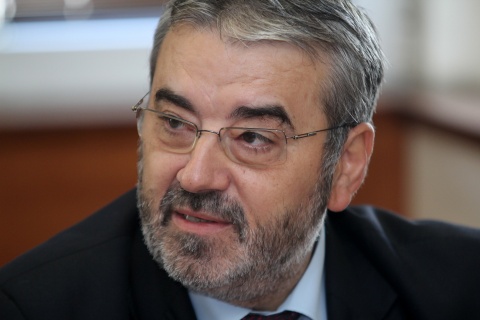 Angel Semerdzhiev, head of the Bulgarian energy and water regulator, has assuaged fears of a massive natural gas hike. Photo by BGNES

Bulgaria's natural gas price will not go up by more than 5%, according to Angel Semerdzhiev, head of the State Commission for Energy and Water Regulation.

"There won't be a drastic hike of the natural gas prices as of July 1. The hike will be about 5%. Under the current prices, a hike of about 5% won't affect the heating prices," Semerzhiev told reporters in Sofia Tuesday amidst speculations that Bulgaria might see a natural gas price hike of some 15% in the second half of 2012.

The speculations mostly rest on Russian energy giant Gazprom's broken promise to reduce natural gas prices for Bulgaria by 11% for the period between April 1 and December 31, 2012.

The past two weeks have seen statements by Gazprom officials that the reduced gas prices for Bulgaria are conditional on resolving certain disputes between Russia and the Bulgarian government for the construction of the Bulgarian section of the South Stream gas transit pipeline; Bulgaria received more than 90% of its natural gas from Russia.

"We expect the price reduction under the gas supply contract because the restriction of the gas price hike will come at the expense of Bulgargaz," Semerdzhiev explained further referring to the state-owned natural gas company.

"We do hope that after the lower prices [of Russian gas] enter into force we will be able to fill up the Chiren storage facility with cheaper gas so that during the next winter season all customers of Bulgargaz and the heating utilities can use cheaper gas from there," he added.

Regarding the other utility price hikes, Semerdzhiev said the water prices in Sofia cannot go up by 12% as of July 2012, as demanded by the Sofiyska Voda water utility; instead, the regulator will approve a hike of only 2.86%.

DKEVR is also going to seal a 10% electricity price hike in Sofia and Western Bulgaria as of July 1, 2012.