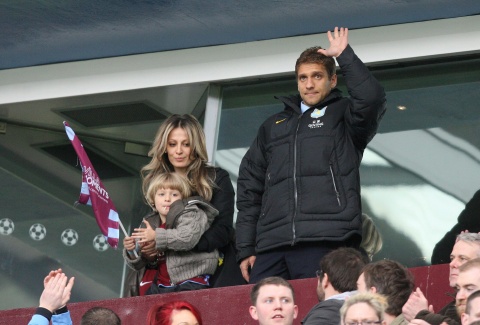 Aston Villa`s captain Stiliyan Petrov and his family take their seats in the directors` box prior to their English Premier League soccer match against Chelsea at the Villa Park stadium in Birmingham, Britain 31 March 2012. EPA/BGNES

End of March, it was announced that Petrov, endearingly called by fans "Stan," is diagnosed with the severe illness and will have to step away from active sports life.

Since then, he has received the warm support of fellow Aston Villa players, other teams, and countless fans in the UK and Bulgaria.

Sunday the Daily Mail writes that Lambert explained that he will find a replacement for Petrov, but has no intention of withdrawing the captain's band from him.

The two know each other from their long stint at Glasgow's Celtic, where they were teammates for eight years.