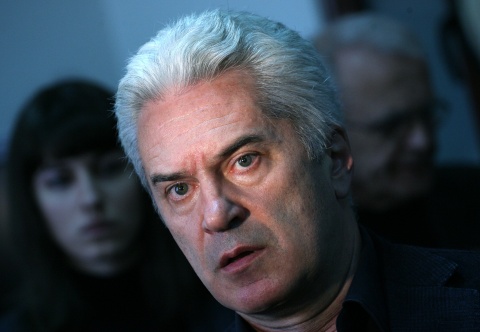 Bulgarian Members of the Parliament rejected Wednesday a proposal to annul the January 2012 official declaration, condemning the Communist's regime attempt to forcefully assimilate Bulgarian Muslims, known and the "Revival Process."

The proposal was submitted by the far-right, nationalist Ataka party.

Ataka leader, Volen Siderov, said during the debates that the declaration, masterminded by the right-wing Blue Coalition, can result in demands for monetary compensations, huge payments and Bulgaria facing international Courts of law.

"The declaration violates the Constitution as well and strengthens separatist propaganda," said he.

According to the nationalist leader, recalling the declaration would have been not only something beneficial for society, but a historical necessity eliminating the possibility to label Bulgaria a country that conducted policies of genocide and ethnic cleansing.

In January, the proposal of the co-Chair of the right-wing Blue Coalition, and former Prime Minister, Ivan Kostov, was backed by 112 Members of the Parliament and 3 abstained.

The document notes that the MPs firmly condemn the assimilation policy of the totalitarian Communist regime against the Muslim minority in Bulgaria, including the Revival Process.

Some 300 000-400 000 Bulgarian Turks fled in the late 1980s when the Bulgarian Communist Party and Communist dictator Todor Zhivkov staged the notorious so called "Revival Process" or "Regeneration Process" - a campaign to assimilate first ethnic Bulgarian Muslims and then ethnic Turks by forcing them to adopt Slavic-Christian names instead of their Arab-Turkish ones.

"The expulsion of over 360 000 Bulgarian citizens of Turkish origin in 1989 is a form of ethnic cleansing committed by a totalitarian regime. The Parliament calls on Bulgarian justice and Chief Prosecutor to do everything necessary to complete the case against the perpetrators of the so-called Revival Process. Attempts to cover it up with prescription transfer the blame from the specific culprits to the entire Bulgarian nation," the declaration reads.

In January, Kostov stressed that the document is a political assessment of an event that was detrimental for the Bulgarian society and State, and on the need to determine the real culprits who violated basic human rights.

The Deputy Chair of the ethnic Turkish party, Movement for Rights and Freedoms, DPS, Lyutvi Mestan, stated then that the party supports the declaration. He said the fact that the ruling, center-right Citizens for European Development of Bulgaria party, GERB, allowed such debate was a source of optimism.