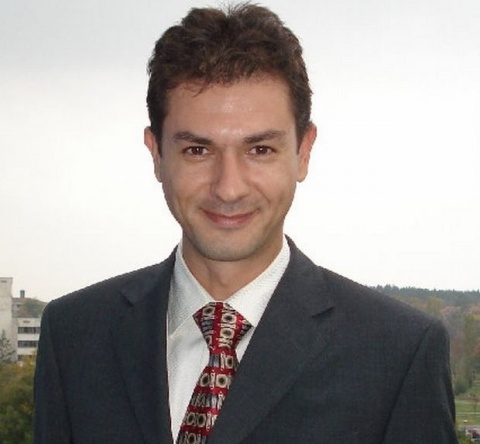 Bulgaria's Deputy Minister of Regional Development, Dobromir Simidchiev, favors the establishment of a fund for property insurance in case of natural disasters. Photo by Sofiyska Voda

Bulgaria's Deputy Minister of Regional Development, Dobromir Simidchiev, admitted Tuesday that a mandate to have insurance on private buildings would not be accepted by all owners.

He, however, confirmed the cabinet's intention to have insurance policies for all types of real estate.

Over the weekend, his boss, the Minister of Regional Development, Lilyana Pavlova, called for the introduction of mandatory insurance for private residencies and all privately-owned buildings.

"The law now postulates mandatory insurance for State and municipal properties only, but I believe the mandate should be for all buildings in the country. We have insurance with full coverage for our private automobiles; we must do the same for our homes as well," said she in an interview for Darik radio.

Speaking Tuesday for the largest private TV channel bTV, Simidchiev admitted that the Cabinet is attempting to put the issue on the table, but the country lacks a clear direction when it comes to property insurance. He pointed out that only 2-3 European countries have mandatory real estate policies.

The Deputy Minister gave as examples neighboring Romania and Turkey which have the so-called "disaster insurance pool," which is different than individual insurance in being a fund used to cover damage caused by large-scale natural disasters, affecting many people and facilities.

The left-wing Bulgarian Socialist Party, BSP, proposed the establishment of such fund in the aftermath of the 5.8 magnitude on the Richter scale earthquake that hit the western city of Pernik and western Bulgaria on May 22.

Insurance company managers in Bulgaria are quoted saying that their sector is at fault for the low percentage of insured properties because it does not advertise well-enough real estate insurance products.