Romania Has No Disputes with Bulgaria, New Top Diplomat Says 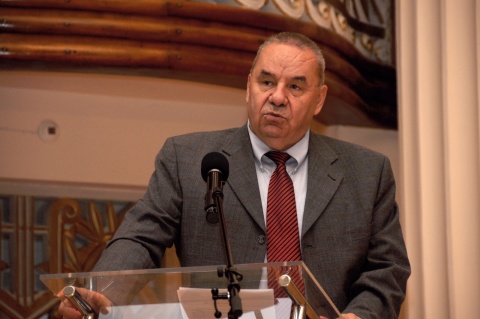 Romania's new Foreign Minister Andrei Marga has declared his country has no disputes with Bulgaria, unlike his predecessor. Photo from UBB

There are no disputes between Bulgaria and Romania that divide the two nations, Romania's new Foreign Minister Andrei Marga declared on Friday.

"There are no disputes here or issues that may in any way divide the two countries. To the contrary, there is cooperation," Marga told reporters in Bucharest after a meeting of the Prime Ministers of Bulgaria and Romania, Boyko Borisov and Victor Ponta, as cited by Agerpress.

Marga also said there will soon be a high-ranking Romanian state visit in Sofia to discuss the bilateral cooperation.

Marga is part of the new Romanian government of the Social-Liberal Union of Prime Minister Victor Ponta, which took over in early May.

Romania's previous Foreign Minister Cristian Diaconescu made headlines in the spring of 2012 by raising to the public a dispute between Bulgaria and Romania over 17 square km of their economic zones in the Black.

Romania has already stated that the Black Sea dispute can be taken to an international arbitration court where it can be resolved based on the principle of equal distance. Bulgaria, however, wants to resolve the dispute by talks and insists on delimitation along a parallel.

New Romanian Foreign Minister Marga's no-dispute statement mirrors a recent declaration by Bulgarian Economy and Energy Minister Delyan Dobrev that Bulgaria would not be getting into any disputes with Romania over Black Sea natural gas deposits.

Speaking on Friday, Marga also remarked that in the recent weeks there has been reduced opposition in Europe to Romania's accession to the Schengen Area, and that Romania expects a positive report from the European Commission in July under to so called post-EU accession Cooperation and Verification Mechanism.

Marga has recently been criticized for expressing hopes for improving the relations between Romania and Russia, and assessing Russian President Vladimir Putin as a very competent politician.

Marga also told reporters that there will be an accord in Romania's foreign policy between him and Romanian President Trajan Basescu.