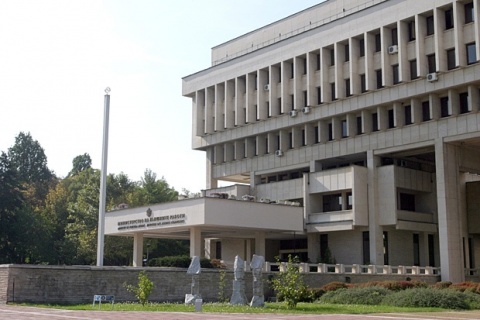 Bulgaria's former Ambassadors to Greece, Serbia and the Netherlands, Andrey Karaslavov, Georgi Dimitrov and Zlatin Trapkov, who won cases against Bulgaria's Foreign Ministry over their pre-term recall, will not be restored to their jobs and will most likely not be awarded any financial compensation.

The conclusions are based on the final decisions of the five-judge panels of the Supreme Administrative Court (VAS), which declared the termination of the three Ambassadors' business trips unlawful.

In September 2011, Foreign Minister Nikolay Mladenov ordered a group of Ambassadors to return to Sofia on business trips for an indefinite period that could well last until their terms in office expired or their successors were appointed.

The envoys had been exposed as collaborators or agents of the communist-era State Security (DS).

According to sources from the Foreign Ministry cited by news portal dnevnik.bg, the termination of the three ambassadors' terms in office was accompanied by decrees issued by President Rosen Plevneliev and the court proceedings were opened to get financial compensations for the three for the period they claimed they should have spent on a business trip.

Foreign Ministry officials say that the VAS rulings confirm that there was no explicit order awarding compensations to the three because they had not really been dispatched on business trips.

The five-judge panel of VAS upheld the decision of the lower-instance court that the three had neither been provided with presidential decrees for their recall, not paid any money for the time spent on business trips.

The five judges rejected claims of the Foreign Ministry that a presidential decree had been issued for the recall of the three Ambassadors because the decrees had been issued way after Karaslavov, Trapkov and Dimitrov filed lawsuits.

The three decisions of VAS are final and cannot be appealed.

In the beginning of 2012, the three ambassadors, who were revealed to have been collaborators of the communist regime's DS, won the cases against the Foreign Minister before a three-judge panel of VAS.

Bulgaria's Foreign Ministry decided to appeal but the decisions were upheld.

Back in January, the Foreign Ministry warned that the three would neither get their jobs back nor receive any compensation, regardless of the outcome of the ongoing proceedings.

Karaslavov, Dimitrov and Trapkov filed complaints after they were returned to Bulgaria before the expiration of their terms in office on the grounds of recall orders issued by the Foreign Minister, rather than presidential decrees.

They cited the fact that Bulgaria's Constitution defines the President as the sole authority empowered to recall heads of diplomatic representations.

President Georgi Parvanov, a former collaborator of DS under the codename of agent Gotse, refused to sign the decrees for the recall of the discredited diplomats.