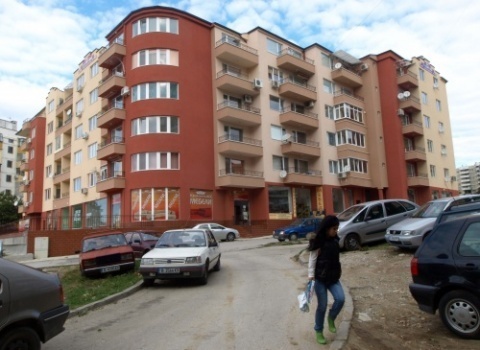 Bulgaria is among those European countries, where positive changes in the momentum of the housing markets were so feeble, that they hardly signal a recovery, according to the Global Property Guide. Photo by BGNES

Bulgaria registered the world's sixth-biggest fall in residential property prices during the first quarter of the year in an unnoticeable and feeble sign of optimism, a survey has shown.

Bulgaria was one of several European housing markets, which experienced accelerated downturns during the year ending in the third quarter of 2011 - down by 9.65% year-on-year.

Now it is part of those European countries, which see positive changes in the momentum of the housing markets, but these are so feeble, that they hardly signal a recovery, a survey by the Global Property Guide shows.

House prices fell in 24 countries, of the 36 countries for which quarterly house price statistics are available, and rose in only 12 countries.

During the latest quarter the downturn appears to have accelerated, with house price falls in 26 countries, and house price gains in only 10.

Ireland's price-declines have been, over the duration of the crisis, catastrophic, the survey's authors comment. House prices fell 18.95% year-on-year, contrasting with a decline of 'only' 13.12% during the same period last year.

Some strong European markets do relieve the gloom. In Estonia house prices surged by 9.13% year-on-year, and in Austria house prices rose by 8.24% year-on-year. In fact the upsurge in these two countries' housing markets was so strong as to propel them into third and fourth place in the worldwide league table.

Other strong housing markets over the past twelve months include Switzerland (+5.49%), Norway (+5.43%), Russia (+3.86%) and Iceland (+2.25%). The 'gainers' seem to be countries whose housing markets either never experienced the recent downturn (Austria, Switzerland, Norway), or are recovering (Estonia, Russia, Iceland).