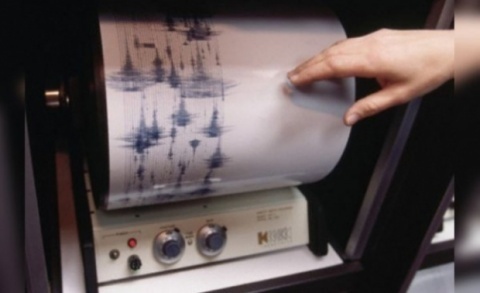 Experts have warned that aftershocks may reach a magnitude of 4 on the Richter scale. Photo by BGNES

Three light tremors have been registered in Bulgaria on Sunday adding to the hundreds jolts after a massive 5.9-degree earthquake hit the western parts of the country in the wee hours on Tuesday.

The first one struck twenty minutes after seven o'clock in the morning and had a magnitude of 2 on the Richter scale.

The epicenter of the aftershocks was located some 20-25 southwest of Sofia, close to the epicentre of the shallow tremor that threw people into panic earlier this week.

Meanwhile a 3.5-magnitude quake struck 250 north-east of Bulgaria's capital Sofia shortly before 9.00 am, outside Bulgaria. The tremor went unnoticed and there were no reports of damages or material damages.

Researchers from the Bulgarian Academy of Sciences have explained that aftershocks may reach a magnitude of 4 on the Richter scale, which would not damage the infrastructure. However, objects may fall and injuries may occur.

Tuesday's initial earthquake had a magnitude of about 5.8-5.9 on the Richter scale and struck at 2:58 am. Its epicenter was about 6 km from Pernik and approximately 25 km from the capital Sofia.