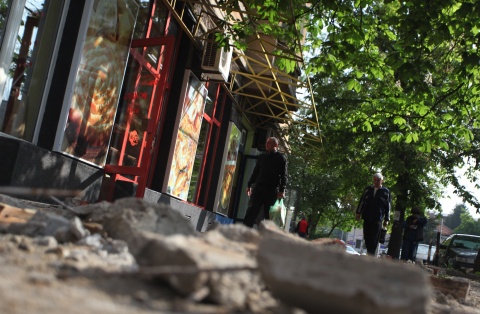 A 4.5-magnitude quake struck Greece on Wednesday, just a day after neighboring Bulgaria was hit by a strong tremor, sending people running into the streets.

The US Geological Survey said the quake was centered 51 kilometers southwest of the city of Ioannina, 295 kilometers of the capital Athens.

The news comes just a day after a powerful earthquake rocked Bulgaria at 3 am on Tuesday, and was also felt in parts of Northern Greece, and especially Serres.

Over 40 lighter aftershocks were registered after the first quake hit, which had a magnitude of 5.8-5.9 on the Richter scale, according to the Bulgarian Seismological Institute.