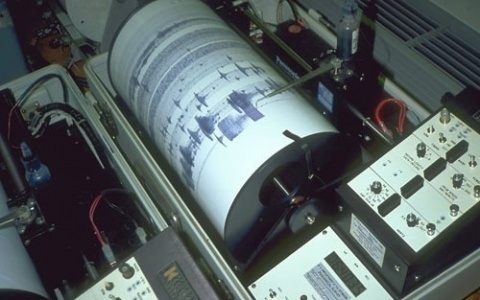 An earthquake with a magnitude of about 5.8 on the Richter scale hit Bulgaria early Tuesday morning. File photo

Two new slight aftershocks were felt in Pernik and Sofia on Wednesday afternoon after the 5.8 magnitude earthquake that shook Bulgaria early on Tuesday.

The first one struck at 1:57 pm local time on Wednesday some 3 km from Pernik and had a magnitude of 3.3 on the Richter scale.

A second one followed at 2:41 pm with a magnitude of 3.5. It's epicenter was located 7 km from the town of Radomir.

A 2.2 magnitude aftershock was detected at around 4:50 am on Wednesday.

On Tuesday, researcher from the Bulgarian Academy of Sciences explained that aftershocks may reach a magnitude of 4 on the Richter scale, which would not damage the infrastructure. However, objects may fall and injuries may occur.

Tuesday's initial earthquake had a magnitude of about 5.8 on the Richter scale and struck at 2:58 am. Its epicenter was about 6 km from Pernik and approximately 25 km from the capital Sofia.