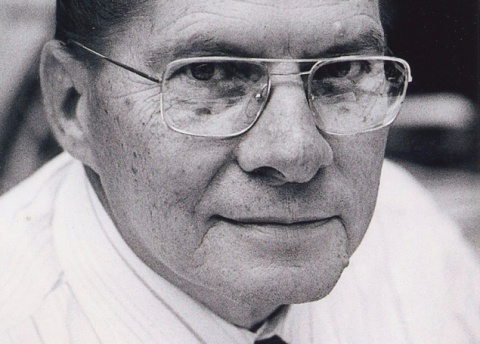 Eugene Polley, the inventor of the first wireless TV remote control, has passed away at the age of 96.

He died of natural causes Sunday at a suburban Chicago hospital, a spokesman announced on Wednesday.

The former Zenith engineer's green, gun-shaped Flash-Matic remote control was introduced in 1955, five years after the Zenith Radio Corporation unveiled Lazy Bones, a TV remote that was connected to the set with a wire.

By aiming Polley's ray gun-like Flash-Matic very precisely at the receiver, one could pull the red trigger to shoot a beam of light at a photoelectric cell to change the channel and adjust the volume.

A much better device was invented just a year later by Robert Adler, a fellow engineer at Zenith, which is now owned by LG Electronics. Adler's Zenith Space Command used ultrasound instead of light to trigger functions on the TV receiver.

That remote made a signature "clicking" sound when it struck a bar to emit various frequencies that could be detected by the television set.

Polley and Adler were honored in 1997 with an Emmy for their work in pioneering TV remotes.