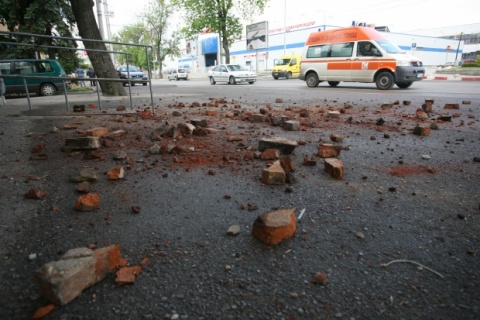 Pictured: Damages caused by Tuesday's earthquake in the Western Bulgarian city of Pernik. Photo by BGNES

Bulgaria's territory has seen over 60 weak aftershocks after the 5.8-5.9-magnitude it experienced early Tuesday morning, according to the Geophysics Institute of the Bulgarian Academy of Sciences.

All of the 60 aftershocks had magnitudes of over 1 on the Richter scale, and their epicenters were around the western Bulgarian city of Pernik, where the initial earthquake hit at about 2:58 am on Tuesday.

Some of the major aftershocks had a magnitude of 4.2-4.7, and were felt in Pernik and Sofia.