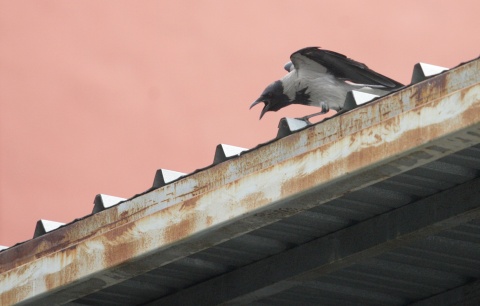 Crows reportedly started attacking people in Bulgaria's capital Sofia on Tuesday, with local media suggesting the birds' unusual behavior may have something to do with the relatively strong earthquake that shook the city earlier that day.

Some ten people have been attacked by crows near the Rila hotel in downtown Sofia, the BGNES news agency reports.

A reporter has said that he has defended himself with the help of his microphone, as he has been allegedly attacked by two ravens.

At least three people have been injured.

A woman who takes care of a public toilet has been among the people attacked. She has told BGNES that she had never seen ravens acting that way before.

The earthquake had a magnitude of about 5.9-6.0 on the Richter scale and struck at 2:58 am Tuesday morning. Its epicenter was located about 6 km from the city of Pernik and some 26 km from Sofia.

The quake may have knocked down some of the crows' nests.