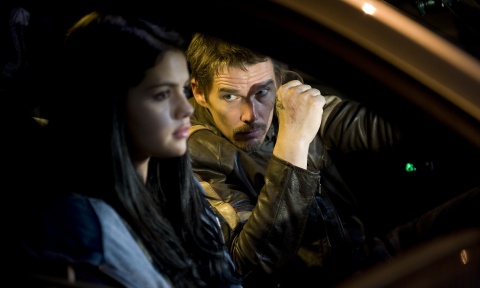 The US teen pop star and actor, Selena Gomez, is in Bulgaria to shoot "The Getaway" co-starring Ethan Hawke. Photo courtesy of 24 Hours daily

The news about the strong earthquake that hit Bulgaria overnight spread immediately on social networks and made the country one of the hottest topics on the net.

The top reason for the activity, however, was not global empathy, but fans who became alarmed about the fate of their idol, Selena Gomez, who is in Bulgaria to shoot a new movie, the Bulgarian "Dnevnik" daily writes Tuesday.

Initially, one of the most popular topics on Twitter was #PrayForSelena, after the fans quickly connected Bulgaria with her name. They later added the hash-tag #PrayForBulgaria which also gained huge popularity.

Messages of encouragement for Gomez and Bulgarians keep pouring on the net.

The star had not yet written anything about the quake in her Twitter profile. There is no comment either from her boyfriend Justin Bieber, also an idol of teenage girls around the globe.

Despite the strong shock, there are no reported casualties, no serious injuries and no significant national infrastructure damage.