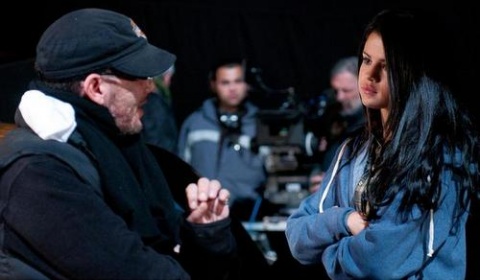 Half a year after Selena Gomez and her beau Justin Bieber adopted an adorable pet puppy from an animal rescue center in Winnipeg, the teen starlet may save the life of a Bulgarian stray dog.

The US teen pop star and actor, who is in Bulgaria to shoot "The Getaway", is highly likely to follow the example of director Courtney Solomon and join a Bulgarian campaign for adopting "Stray dogs definitely make me and my mom sad. If she does not mind, I would adopt a Bulgarian dog," Selena said in an interview for local 24 Hours daily.

Mother Mandy, who accompanied her during the interview, gave thumbs up to the idea not hesitating even for a second.

The 19-year-old singer and actress hit headlines in November last year after she was seen cradling her new pet pooch Baylor in her arms as she carried him through the airport in Los Angeles.

Sprawling in the sun or barking, stray dogs have become part of urban life in Bulgaria but after a pack mauled a US university professor to death, the mood of tolerance is over.

Animal rights activists say the adoption of stray dogs by music and cinema stars will help change people's attitude and cope with the escalating tension. Even though Selena tweeted earlier this month that "action movies are hard", in the interview for the Bulgarian newspaper she said shooting "The Getaway" is going very smoothly, while working with Ethan Hawke is really awesome.

Selena denied media reports that she was frustrated and distressed after Bulgarian fans found out where she was staying and spent long hours outside the hotel screaming her name, keeping her awake.

"I just did not expect all that interest in Bulgaria," the young beauty said, adding it was very kind and flattering to see people here are following what she is doing in the TV, cinema and music show business.

"The Getaway" is a remake of the classic 1972 flick of the same name, which starred Steve McQueenand Ali MacGraw.

Gomez is starring in the new film project together with another popular Hollywood actor, Ethan Hawke.