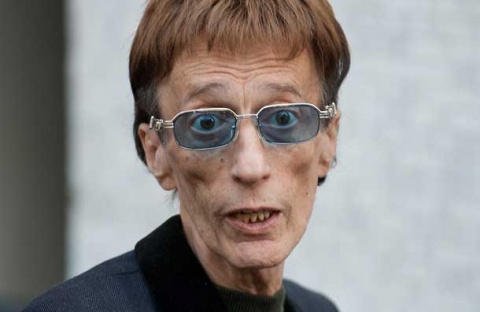 Robin Gibb's musical career began when he formed the Bee Gees with his brothers Barry and Maurice in 1958. File photo

Bee Gees' singer Robin Gibb has died at age of 62 after a long battle with cancer.

The news was reported Monday by BBC, one among many leading news agencies to pay last tribute to the musician.

Gibb's family is quoted saying that they were making the announcement with "great sadness" and asking that "their privacy is respected at this very difficult time."

British-born Gibb's musical career began when he formed the Bee Gees with his brothers Barry and Maurice in 1958.

The Gibb brothers were born in the Isle of Man but grew up in Manchester, later moving to Australia.

The group is among the top-selling of all time with five-decades-lasting hits, including Stayin' Alive, How Deep Is Your Love, Massachusetts and Night Fever. Their album sales amount to more than 200 million worldwide since their first hits in the 1960s.

In 2010, Gibb cancelled a series of shows after suffering from severe stomach pains while performing in Belgium. He underwent emergency surgery for a blocked intestine.

He cancelled a series of shows in Brazil in April 2011, after again suffering from abdominal pains.

In February 2012, Gibb told the BBC that was making a "spectacular" recovery and he was feeling "fantastic".

His twin brother and band partner Maurice died in 2003 aged 53 following complications from a twisted intestine.