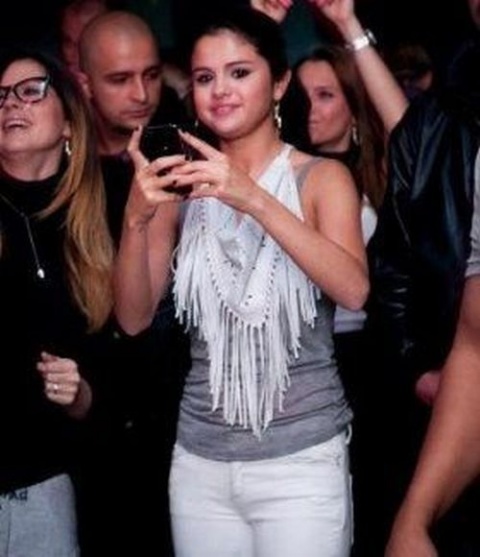 Selena Gomez making a video of Poli Genova's live performance at the Yalta Club in Sofia. Photo by O3bg

Hollywood star Selena Gomez has been enchanted by Poli Genova, a Bulgarian singer who represented her country at the 2011 Eurovision Song Contest in Duesseldorf.

Selena Gomez, who is shooting The Getaway together with Ethan Hawke in Bulgaria's Sofia until May 25, attended a party at Sofia's Yalta Club Friday night during which Poli Genova and the LaTiDa band presented their new song "Pants Only".

The summer reggae song is said to have impressed Gomez who took a video of the performance with her mobile phone, Genova's PR consultants have announced.

The Hollywood startlet is also reported to have had a great time, spending the entire night dancing, and singing together with the Bulgarian fans when Poli Genova performed live her 2011 Eurovision song, "Na Inat" ("In Defiance"). The entire time Selena Gomez was accompanied by 10 bodyguards.

Selena Gomez and Ethan Hawke are in Bulgaria to shoot "The Getaway", a remake of the classic 1972 flick of the same name, which starred Steve McQueen and Ali MacGraw.