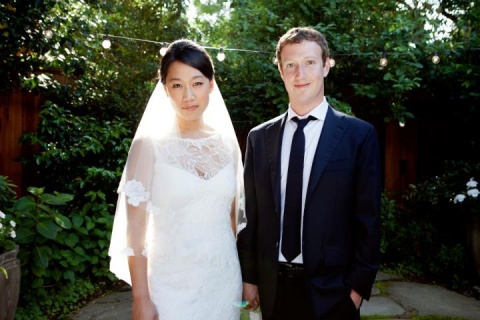 The wedding was announced on the social network after Zuckerberg updated his status to "married."

Tens of thousands of people have already "liked" this status change, which was accompanied by a photo of the couple in wedding attire.

The nuptials came only day after Facebook was listed on the stock market and Chan graduated from medical school at the University of California, San Francisco.

The couple met while at Harvard and the two have been together for 9 years. The Facebook spokesperson informed that Zuckerberg himself designed the wedding ring which features "a very simple red ruby."

The wedding ceremony had been a big surprise for the 100 guests, who taught they were attending a party to celebrate Chan's graduation.

Zuckerberg co-founded the Facebook site in a Harvard University dormitory eight years ago.