Selena Gomez, Ethan Hawke on the Run in Mad Chase in Bulgaria's Sofia 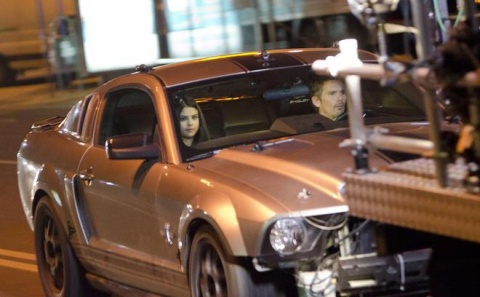 Selena Gomez and Ethan Hawke shooting an action scene chase in the streets of Bulgaria's capital Sofia. Photo from bulevard.bg

Hollywood stars Ethan Hawke and Selena Gomez were "chased" by US police cars in the Bulgarian capital Sofia in a breakneck action scene from their new movie, The Getaway.

The film chase took place the night of May 15-May 16 in Sofia's streets where Hawke and Gomez were followed in a Ford Mustang Shelby, Bulgarian press reported.

Selena Gomez and Ethan Hawke are in Bulgaria to shoot "The Getaway", a remake of the classic 1972 flick of the same name, which starred Steve McQueen and Ali MacGraw.