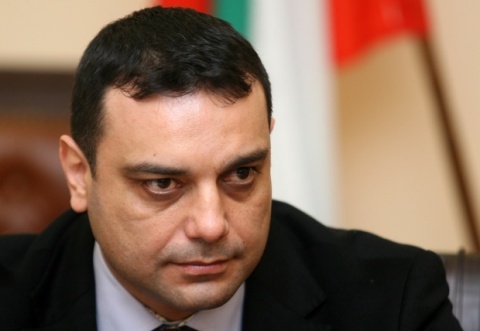 Bulgaria's Transport Minister, Ivaylo Moskovski, says that the privatization of freight services is a lifesaver for the country's troubled and heavily-indebted State railways. Photo by BGNES

Bulgaria's Transport Minister, Ivaylo Moskovski, declared that he would not allow anything to hurdle the privatization of the freight transport section of the country's State Railways company, BDZ Holding.

Speaking Sunday in an interview for the Bulgarian National Radio, BNR, Moskovski said the privatization would be a "lifesaving" measure for BDZ.

His words came in the aftermath of reports of a looming new wave of layoffs and a new mass strike of railroad workers.

The Minister informed that a work meeting had been held with the labor unions over the past week to discuss possible layoffs. He explained that the new dismissals will involve only about 250-300 people.

According to him, any strike attempt would be groundless and would only become an obstacle for the privatization process.

"It the privatization fails, the damage would be huge. Creditors are not nervous yet because they expect this privatization to materialize," Moskovski said, adding that there were no concrete companies to express interest in acquiring freight services, but in his conversations with diplomats in Sofia, Russia, Austria, Turkey and Germany have confirmed such interest.

Regarding train fares, Moskovski said that a new increase in not currently on the table.