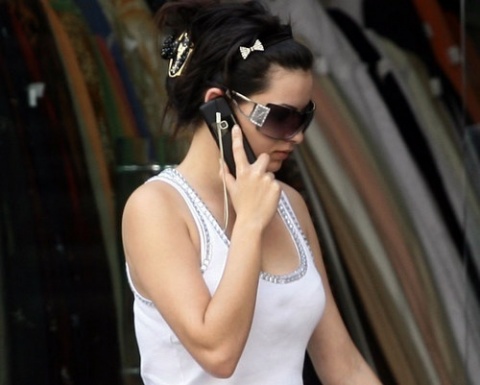 The EU said that from 2014 customers would be able to choose their mobile networks upon arrival in a country, or signing up to a contract before leaving. Photo by Sofia Photo Agency

The plans, which were voted in by a huge majority, include imposing a price cap on operators.

From July, using mobile data in Europe will not cost more than 70 cents (56p) per megabyte - far less than current rates.

Consumers will also be able to choose a different operator abroad from the one they use at home.

It is hoped this split-network approach - which comes into force in 2014 - will encourage greater competition.

The first changes will come into effect from 1 July. Calls will be capped at 29c (23p) per minute, plus VAT.

The EU said the regulations were designed to prevent "bill shock" - the moment when travellers discover they have have totted up huge bills after making calls and using data applications, such as maps, while away.

"In a borderless Europe, there is no place for charges that diverge so much at home and abroad," said MEP Ivo Belet.

The EU said that from 2014 customers would be able to choose their mobile networks upon arrival in a country, or signing up to a contract before leaving.

Currently, mobile users are forced to use their standard domestic operator when travelling abroad - or to use alternative arrangements, such as a cheap pre-paid handset.

Under the new regulations, customers can choose a different operator with a more attractive travel tariff before leaving - without changing their number.