Bulgaria Shies Away from Smoking Ban in Open Public Spaces 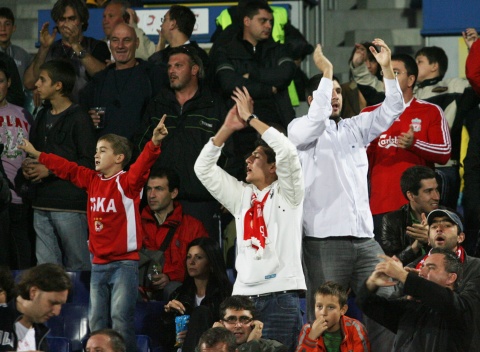 No need to worry if you feel like smoking while at the stadium. Photo by Sofia Photo Agency

Bulgaria's parliamentary health committee voted on Thursday against the proposed ban on smoking in open public spaces, such as stadiums and bus stations.

In April, Bulgaria's Parliament passed on first reading a bill banning smoking in closed public spaces, including cafes, bars and restaurants, regardless of size.

The ban will enter into force on June 1.

The full smoking ban in closed public spaces was to be enforced in 2010, but was postponed by the government with the argument that it might harm the country's tourism.

Finance Minister Simeon Djankov has stated with certainty that the business will not suffer a serious blow over the smoking restriction.