Bulgaria to Officially Launch Summer Tourist Season in May 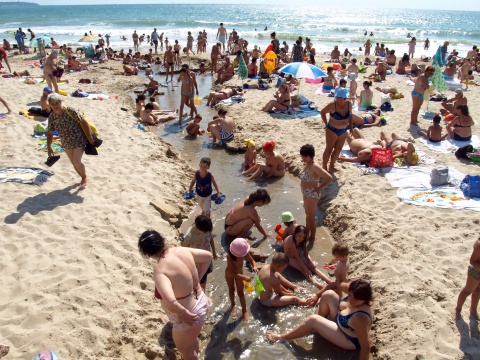 Bulgaria expects an increase of anywhere between 5% and 8% of foreign tourists this summer. File photo

The official start of the summer tourist season will be given by the end of May, according to the Deputy Economy Minister in charge of the Tourist Industry, Ivo Marinov.

The date is most likely going to be scheduled around the Day of Slavic Script and Culture, May 24, when Bulgarians get four days off, according to Marinov, who spoke in a TV interview Tuesday.

The Deputy Minister informed that the country expects an increase of anywhere between 5% and 8% of foreign tourists this summer, based on the number of early reservations. The expected increase of Russian tourists is 20%. There are ongoing negotiations with Russian aviation authorities to up the number of charter flights to Bulgaria not only in the summer, but in the winter as well.

There is also a noted increase from the German and UK markets.

Marinov cited data of the National Statistics Institute, NSI, showing a growth of 4.9% of foreign tourists during the first quarter of 2012, compared to the same period of 2011.

On the subject of the planned relocation of his institution from the capital Sofia to the second largest city of Plovdiv, he explained that the building has already been secured. The Deputy Minister stressed that the headquarters of the Economy Ministry will remain in Sofia and only operations will be moved with the goal to improve interactions between the State and the business.