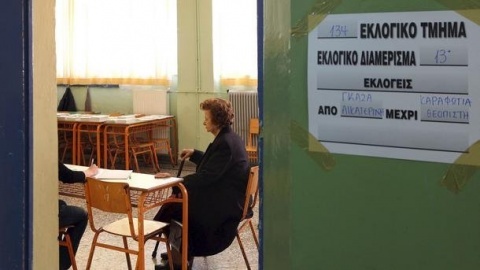 The mandate to form a new Greek government has passed at the hands of radical leftist party Syriza, after moderate and pro-austerity rightists New Democracy failed to reach a coalition agreement.

New Democracy came out first at Sundays elections, but with just 18.85% of the vote (down from 33% last elections), which gives them 108 seats in the 300-seat Greek Parliament.

Late Monday, New Democracy leader Antonis Samaras admitted he had failed to find a coalition cabinet, stressing that his party had done "everything possible" to form a government, writes the BBC.

Now Greek President Karolos Papoulias will hand the mandate to Alexis Tsipras, leader of the radical left Syriza party, which came out surprisingly second at the elections with 16.78%, by passing moderate leftist PASOK whose support slumped to 13.18% from 43% last elecions.

Tsipras leader has already promised to stitch together a left-wing cabinet to reject the "barbaric" measures associated with the bailout deal, writes the BBC.

However, he has also stated that he will do everything possible to achieve a broad coalition that can give Greece a stable government.

Besides PASOK, who are nevertheless strongly supportive of the massive austerity measures that they themselves implemented together with New Democracy, the new Greek Parliament has two other more leftist parties, the more radical Communist Party (8.48%, 26 seats) and Democratic Left (6.11%, 19 seats).

World agencies are reporting that markets have reacted with strong disquietude at the possibility that Greece might form a government that could lift austerity measures, default on the country's Gargantuan debts and bring havoc to the eurozone.