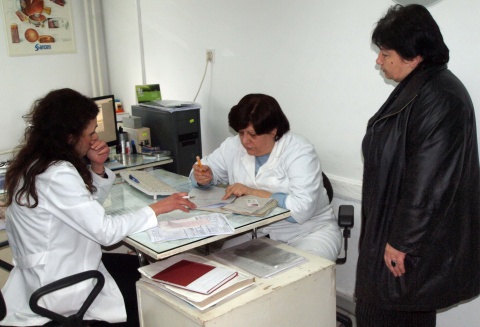 The anti-trust watchdog has fined the Bulgarian Doctors Union with BGN 80 000 for the anti-competitive move. Photo by BGNES

The Bulgarian Doctors Union (BDU) has been penalized for the anti-competitive move of setting a minimum price for a private medical examination.

In a Monday ruling, the Commission on Protection of Competition (KZK) imposed a fine of BGN 80 000 on the BDU for the violation.

The KZK also ordered the suspension of the BDU decision introducing the minimum tariff for a private medical check-up.

During its congress in April, the BDU decided to introduce a minimum tariff for a private medical examination amounting to 10% of the minimum wage, which was BGN 240 at that point.

The ruling technically banned doctors from setting a tariff lower than BGN 24 for a check-up that is not covered by the National Health Insurance Fund (NHIF).

The BDU's decision was condemned by then-Health Minister Sefan Konstantinov, who observed that this was not the way to set prices in a market economy.

The anti-trust watchdog initiated a self-referral after media publications on the matter.

In its final decision, the KZK noted that such behavior could not be justified with a guarantee for the quality of the service or with a comparative approach against other self-regulating professions.

"Introducing a minimum tariff for a private medical examination regulates the pricing behavior of members of the BDU and constitutes direct price setting which limits competition on the market," the anti-trust watchdog stated.

The KZK ordered immediate execution of its decision.