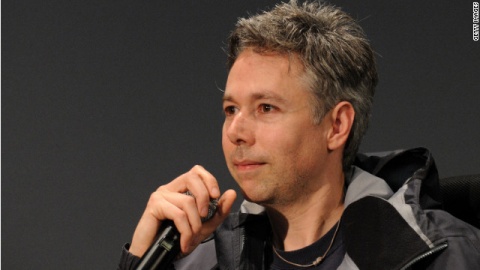 Yauch revealed in 2009 that he had a cancerous tumor in a salivary gland. Photo by Getty Images

Beastie Boys rapper Adam Yauch has died at the age of 47 after losing a nearly three-year battle with cancer, his publicist announced.

The musician, director and Tibet activist was diagnosed with salivary gland cancer in 2009. Yauch underwent surgery and radiation therapy but said in 2011 reports he was totally cancer-free were "exaggerated".

A torrent of Twitter messages from entertainers lauded Yauch as a visionary musical artist, filmmaker and humanitarian.

"He stood for integrity as an artist. What a loss. He was a very good man," said actor Ben Stiller.

Rapper Biz Markie, who collaborated with the Beastie Boys on their Ill Communication album, wrote: "My brother, you are truly going to be missed. My heart is heavy."

In a nod to the scope of the group's fame, New York Senator Chuck Schumer also tweeted his condolences: "Born and Bred in Brooklyn, U.S.A., they call him Adam Yauch, but he's M.C.A. RIP Adam."

Justin Timberlake said he was "crushed" by the news, while Nirvana's bassist Krist Novoselic thanked Yauch for his "Sabotage bass riff and many other great grooves".

The Beastie Boys, who blended punk and rap, burst on the music scene in 1986 with the album "Licensed to Ill," which included hits such as "(You Gotta) Fight for the Right (to Party"), an anthem to teen angst; "Brass Monkey" and "No Sleep Till Brooklyn."

The group came together for the first time to play at Yauch's 17th birthday party, its publicist said. Yauch was the oldest of the Beastie Boys, an only child who grew up in Brooklyn Heights, according to Current Biography magazine. The band, which also featured Michael "Mike D" Diamond and Adam "Adrock" Horovitz, sold more than 40 million records and had four No.1 records.

Yauch converted to Buddism in the 1990s after visiting Nepal and hearing the Dalai Lama speak in Arizona.

Yauch is survived by his wife, Dechen; a daughter, Tenzin Losel; and his parents, according to the band's publicist.