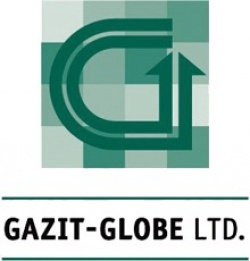 Israeli real estate investment firm Gazit-Globe, which has projects in Bulgaria too, plans to raise about 175 million shekels (USD 46 M) in an offering of bonds and options for bonds.

The company plans to issue six-year bonds and expects that the amount of the money raised can climb to 445 million shekels if all options are exercised.

Gazit-Globe's bonds are rated "Aa3 stable" by Midroog, the Israeli subsidiary of Moody's, and "A+ positive" by Standard & Poor's Maalot.

In Bulgaria the company operates through its subsidiary Atrium European Real Estate Limited, a Vienna-based investment company, which has a project for a mall in the capital Sofia, but it has been frozen.

The company's unit Gazit Development also has a project for a commercial park in Sofia.

Gazit-Globe operates in the United States through Equity One and in Canada through First Capital Reality Inc. It is also the largest shareholder in Finland's Citycon and together with Citigroup controls shopping mall developer Atrium European Real Estate.