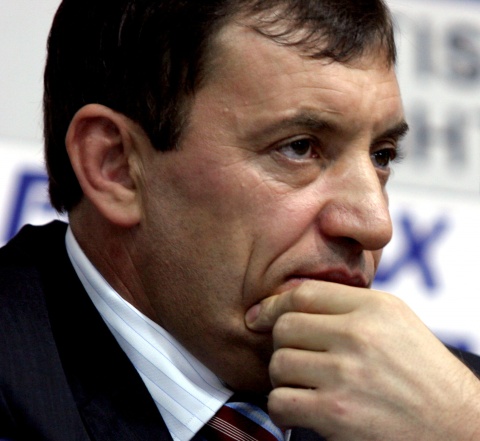 Bulgaria's notorious alleged ringleader Alexey Petrov is once again under arrest after the magistrates from the Sofia City Court ruled for him to be held behind bars.

Petrov was led out of the courtroom in handcuffs Thursday evening.

The Bulgarian Prosecutor's Office requested Thursday a new arrest for the defendant on grounds he had pressured witnesses in the trail.

The Sofia City Court reconvened Wednesday to resume the hearings in the high profile criminal case, following a two-month suspension over the broken leg of a defendant.

Petrov – a former employee of the State Agency for National Security, DANS, murky businessman and alleged crime boss, together with five other people, is facing charges of racketeering and extortion. He was arrested on February 10 2010, in a special operation codenamed "Octopus."

Late Wednesday evening, key witness, Plamen Ustinov, former employee of Bulgaria's National Security Services, NSO, testified in Court that he came across the defendant in the town of Teteven three days ago and the later attempted to convince him to scrape his testimony. He further explained that this had been the third such meeting between them while various individuals had been coming to him ever since the arrest to offer him money to give up on appearing on the witness stand.

In an earlier Court session in another high-profile case involving kidnappings and codenamed The Impudent, Ustinov told the magistrates that Petrov had assigned him to murder Litex CEO, Grisha Ganchev, a petrol businessman and owner of Litex football club. (Bulgaria recently launched the mass production of cars under the Chinese Great Wall badge by Ganchev's Litex Motors near the northern city of Lovech.) The "Octopus" had further asked him to kill Vasil Bozhkov AKA The Scull, a murky Bulgarian businessman, as well as Valentin Shotev, who is also a witness in the "Octopus" case.

The magistrates are currently deciding if they should honor the re-arrest request.

He continues to insist that the case against him is political retribution. He vowed to sue for libel all who testify against him, and stressed that this case will end up being a serious blow to national security and a humiliation for Bulgaria. The defendant reiterated for the media Thursday that the cabinet and personally Prime Minister, Boyko Borisov, are racketeering him.

He further denied pressuring any witness and explained that the meeting in question had been requested by Ustinov himself.