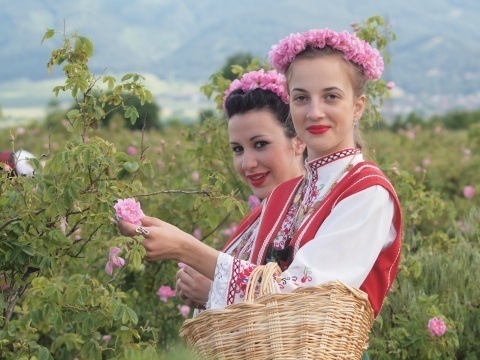 The Bulgarian Ministry of Agriculture and Foods is planning special measures to promote Bulgarian rose oil and products made from it across the globe.

The information was reported Thursday by Agriculture Minister, Miroslav Naydenov, during his visit to the capital of the country's Rose Valley – the town of Kazanlak, where he officially opened the renovated building of the State Forestry.

According to the Minister, the Bulgarian rose oil is very popular in a number of Arab countries, which he learned as being part of the official cabinet delegation to Qatar and Saudi Arabia. The Ministry further informs that the markets of Arab countries are already wide open for the Bulgarian signature product over this huge interest.

The renovated building has been built in 1950 and these were the very first repair works on it. The renovation had been completed in 8 months with funds fully provided by the Forestry in Kazanlak, which is one of the oldest in the country with over a 100-years history. Naydenov announced that forest rangers in Bulgaria can expect wage increases and improvement of work conditions.

Kazanlak is located in the so-called Rose Valley, making Bulgaria one of the biggest producers of rose oil in the world. The reason for this is hidden in the high qualities of the Bulgarian Kazanluk rose ("Kazanlashka roza"), a special type, that was cultivated in the region after many years of development. The Bulgarian roses come from the so-called Damascena rose.

A large percentage of the harvested roses are used for the production of rose oil - "the liquid gold" of Bulgaria. Rose oil is used mainly for the making of perfumes, chocolates, liqueur and jam - it is 3 times more expensive than real gold. One kilogram of rose oil is extracted from roughly 3000 kg of roses.