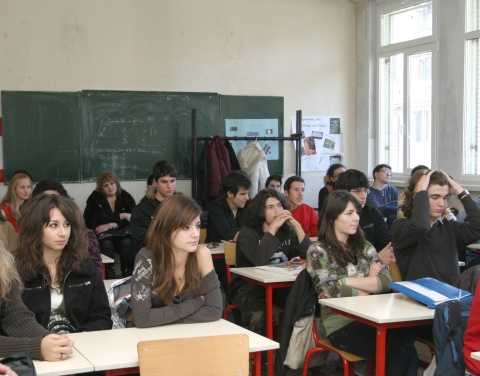 Nearly 3/4 of the Bulgarian population in urban areas (71.6%) has at least a high school diploma, compared to 40.3% in the rural areas. File photo

One of every five Bulgarians or a total of 1.35 million people (nearly 20%) have a college degree, according to the February 2011 Population Census results.

The data was published Thursday by the country's National Statistics Institute, NSI.

Bulgarians with high school education are 2. 9 million (43.4%). The proportion of persons with elementary or lower education is 13.9% (or every seventh in 100).

Considerable differences are observed in the educational structure by place of residence - nearly 3/4 of the population in urban areas (71.6%) has at least a high school diploma, compared to 40.3% in the rural areas.

The total number of students in Bulgaria enrolled in colleges and universities (Associate, Bachelor, Master' and PhD degree programs) in the academic year 2011/2012 is 285.0 thousand, which is 20.5 thousand, or 7.8%, more than their number in the 2007/2008 academic year.

From the total number of the students in colleges, 7.7 thousand or 47.7% students are enrolled in private colleges.

Since the beginning of the observed period, the number of foreign students has gradually increased. During the current year it is 10.8 thousand, or by 8.1% more than in the previous year.

During 2011/2012 school year the number of students in all kinds of general education schools is 608.8 thousand, of which 109.3 thousand in rural areas. In comparison with the previous 2010/2011 school year for different reasons 14.5 became general education schools drop-outs. The largest relative share is the one of students who left for family reasons - 6.9 thousand or 47.5% of all drop-outs, followed by those who left because they moved abroad - 31.8%. The share of those who left because of unwillingness to study is also considerable - 14.9%.

The total number of the teaching staff (including principals and vice principals with teaching activity) employed in general education schools during the 2011/2012 school year is 46.2 thousand or 1.0 thousand less than the previous school year. 91.3% of Bulgarian teachers have college degrees. Women are predominant in the teaching profession (84.5% of the total number of teachers).

There are 22 pupils on average in a class in the general education schools.

As of 2011, there are 68 active private general education schools in the country.

Out of these there are 7 primary schools, 28 basic, 2 lower secondary, 27 secondary schools and 5 secondary general schools. 6 257 students are studying in private general education schools, which is only 1.0% from the total number of students.

4.4 thousand pupils or 0.1 thousand (3.2%) are enrolled in schools and classes for students with special educational needs, which is a lower number in compassion with previous school year. 940 specialist teachers and 427 educators are taking care of their education and upbringing.