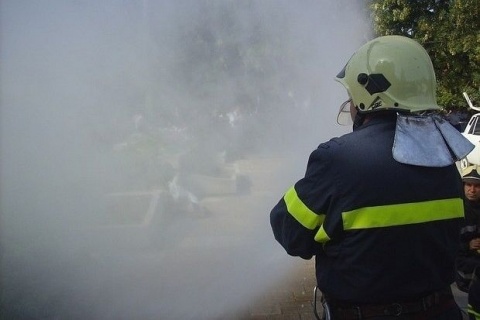 Romania has expressed special thanks for Hristo Yanev, Mayor of the Bulgarian Black Sea resort of Obzor, for his assistance after a bus with Romanian tourists caught on fire on the spot overnight.

Yanev received thanks by Romania's Honorary Consul, Evgenia Popescu on Wednesday, the Obzor Municipality said in a statement.

Late Tuesday night a bus with 48 Romanian tourists traveling from Romania's Constanta to Greece's Thessaloniki caught on fire in motion on the territory of the Obzor Municipality.

After noticing the fire, the bus driver is said to have called the 112 emergency phone. After their arrival, the local fire brigade, civil defense, and police units alerted the local mayor.

Yanev arrived on the spot immediately, found an interpreter, and saw to it that the Romanian tourists and their baggage be accommodated at two local hotels in Obzor by 2 am on Wednesday.

None of the Romanian tourists have been hurt even though their bus burned down. They are now expected a second bus to be send by the tour operator in order to continue their trip to Thessaloniki, the Obzor Municipality explained.