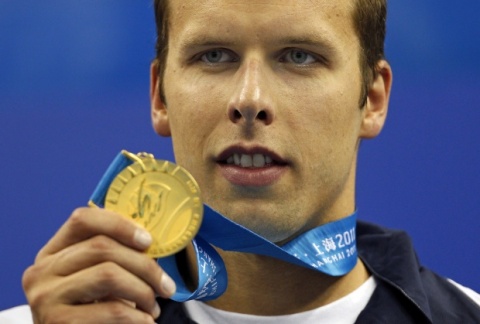 The federation said in a statement that the 100-meter breast stroke world champion was found collapsed on the floor of his bathroom on Monday after training in Flagstaff, Arizona. He was taken to the Flagstaff Medical Center.

Dale Oen was the reigning 100m breaststroke champion after winning in July 2011 gold medal in this event at the Fina World Championships in Shanghai.

His gold medal in Shanghai came shortly after Anders Behring Breivik murdered 77 people in Oslo and the island of Utoeya and at the time he described the events at home as a motivation for him. "We can't let this guy ruin the future for us," he said.