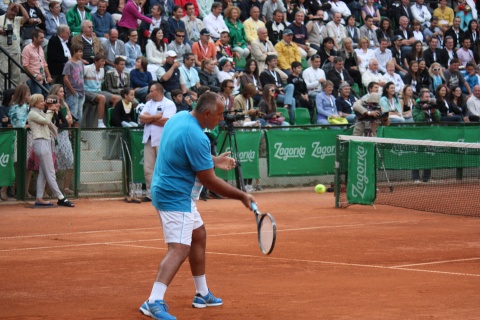 The tennis facilities are maintained by the Bulgarian Tennis Federation.

The renovation project had a price tag of BGN 1 M and was implemented under a project with the cooperation of the Ministry of Physical Education and Sports.

The renovation of the base was worth BGN 1M and was carried out under a project with the cooperation of the Ministry of Physical Education and Sports, according to an announcement of the government's press office.

The press release describes the center as an apt place for the training of Bulgaria's best tennis players in the different age groups and for staging seminars and master courses by renowned lecturers from international tennis organizations.

Prime Minister Borisov received an award from Tennis Europe President Jacques Dupr? for his contribution to the development of the sport in Bulgaria.

Borisov, in his turn, defined the center as the best training ground in Europe and expressed optimism that a number of new top players would surface in the next few years of the rank of Grigor Dimitrov and Tsvetana Prikonkova.