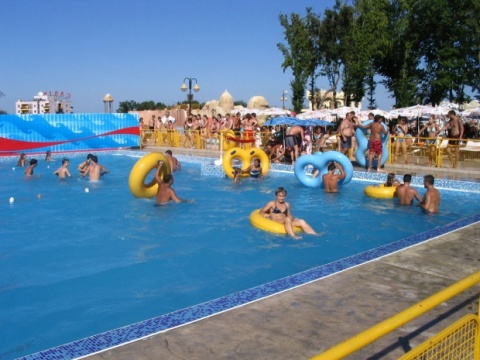 Bulgarian resorts are expected to welcome 5-8% more tourists in the summer of 2012. Photo by dariknews.bg

Deputy Minister Ivo Marinov has argued that moving the Tourism Unit of the Ministry of Economy, Energy and Tourism to Plovdiv will boost specialized forms of tourism which are already well developed in the southern Bulgarian city.

Marinov told journalists Monday that the planned move matched the policy of developing and presenting Bulgaria as a tourist destination with an emphasis on cultural tourism.

During a visit to Plovdiv on Sunday,Prime Minister Boyko Borisov announced that the administration handling tourism and some institutions in charge of agriculture and railway transport would be moved to Plovdiv.

Marinov specified that an analysis of the human resources for the upcoming move was already underway.

"A number of officials from Plovdiv and the region will be appointed. There may be some difficulties in the beginning, but generally speaking, I do not expect major obstacles. In today's world, what matter s is the mobility of the workforce, and thanks to the available information technology there will be no large-scale disruptions. Only the Tourism unit will be transferred to Plovdiv. The remaining entities will keep functioning in the capital and they have good coordination among them," Bulgaria's Deputy Minister in charge of Tourism explained.

Marinov went on to say that the number of foreign and local tourist was expected to increase in the summer season, which would lead to increased revenues.

He noted that preliminary bookings pointed to a growth of 5-8%.

The Deputy Minister predicted a substantial increase in the number of visitors from Romania and, most of all, Russia, citing newly adopted measures facilitating travels, such as the recognition of Schengen visas in Bulgaria.