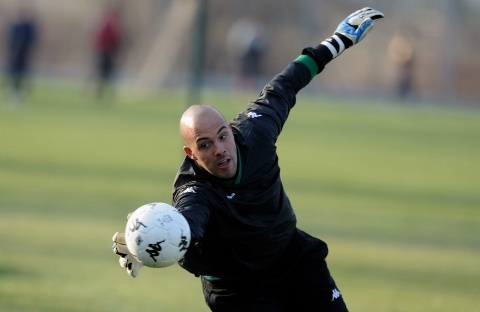 Benfica representatives were in the Netherlands last week to negotiate Mihaylov's potential transfer, according to Voetbal International.

The Portuguese team is also said to be interested in buying Twente's forward Nacer Chadli.

Nikolay Mihaylov has asked the club chiefs to be made available for sale in the summer, whereas winger Nacer Chadli also wants to leave after he clashed with coach Steve McClaren.

Reports emerged during the winter transfer window that Tottenham Hotspur were willing to pay GBP 5 M (EUR 6 M) for the promising Bulgarian goalkeeper.

Mihaylov joined Liverpool from Bulgaria's Levfski Sofia in 2007 but was immediately loaned out to Twente. Recently, rumors emerged that the likes of Milan and Barcelona are chasing the young prospect.