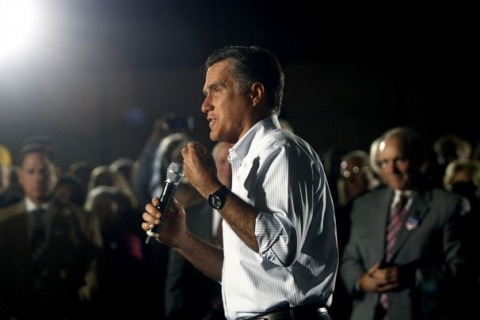 The frontrunner in the race for the Republican Party nomination for the US Presidency, Mitt Romney, has scored four wins in the Republican primaries.

Mitt Romney prepared to lay claim to the Republican presidential nomination Thursday night after early results declared him the winner of primaries in Connecticut and Rhode Island, the WP reported.

Just minutes later, Mitt Romney solidified his hold on the Republican presidential nomination Tuesday night with a victory in Delaware, his third win of the night.

Romney was expected to win New York as well, for a clean sweep of the day's five primary contests.

As the results were announced, Romney claimed the mantle of Republican Party leader Tuesday night in a speech in New Hampshire, where he formally launched his campaign last June, soon after the last polls closed in New York at 9 p.m. ET.

But Tuesday’s primaries in five key states will probably put the former Massachusetts governor within 300 delegates of the 1,144 necessary to clinch his party’s presidential nod.