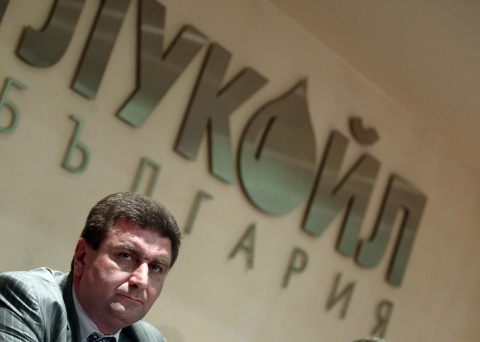 Lukoil Bulgaria CEO Valentin Zlatev has stressed that fuel prices in the country have already crossed the psychological boundary. Photo by BGNES

Given the current crude oil prices on international markets, liquid fuel prices in Bulgaria could drop by BGN 0.09-0.10 per liter as a result of short-term measures adopted by the state, according to Lukoil CEO Valentin Zlatev.

In a Monday interview for Presa daily, Zlatev says that prices have already overstepped the psychological boundary.

He notes that drivers in Bulgaria now buy below 11 liters per fill up, compared to 17 liters a few years ago.

The CEO of Lukoil Bulgaria attributes the high fuel prices mainly to the high cost of crude oil, which he says seems to be settling down.

Zlatev explains that the pricing scheme per liter of gasoline includes 41-42% in taxes, 40-41% in raw material costs, the rest being the cost of processing, transport and distribution.

He goes on to remind of the temporary moratorium on retail fuel prices imposed in 2011.

Zlatev argues that the removal of the bio-component from gasoline and diesel could reduce prices by BGN 0.06 per liter, while reducing mandatory reserve levels for fuel distributors could lead to a BGN 0.02-0.03 per liter price decrease.

In the beginning of April, Deputy Prime Minister and Finance Minister Simeon Djankov adamantly opposed the idea of removing the biofuel components and of imposing a moratorium on fuel prices.