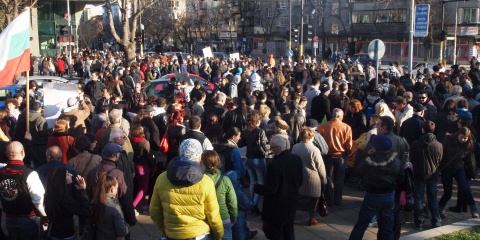 Controversial business plan by companies related to locally all-powerful shady TIM consortium include the demolition of the vast park's seaside alley to erect a number of business buildings.

Wednesday the residents of Bulgaria's largest city on the Black Sea and the country's third most populous rallied to request a ban on all construction in the Maritime Garden, as well as a ban to all access of vehicles in the garden.

Protesters were carrying signs such as "The Sea Park is for all" and expressed their outrage at what they saw as a giving way to shady business interests on the part of Varna Municipality headed by mayor Kiril Yordanov.

They recalled that end of March the Varna Municipality made a revision of the construction and development plan of the city, officially making it allowed to carry out construction in the Sea Garden.