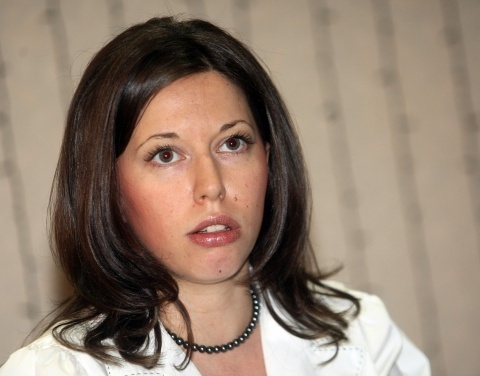 Kalina Ilieva never attended classes at the Berlin University for Engineering and Economics, from which she claimed to have graduated. Photo by BGNES

Kalina Ilieva, the notorious former head of Bulgaria's Agriculture Fund, has been officially charged with forging her university diploma.

Ilieva is also charged with forging four other documents claiming she had graduated from the University of Engineering and Economics in Berlin.

Kalina Ilieva, former CEO of the Bulgarian Agriculture Fund, never took any classes and never went to any lectures at the University for Engineering and Economics in Berlin, it was recently confirmed.

If proven guilty, the former official faces up to 8 years behind bars. Authorities have found out that Ilieva personally forged her diploma, the Bulgarian National .

Ilieva was dismissed from the post at the beginning of October 2010, after it became clear she tried to conceal her pregnancy from her superiors. Prime Minister, Boyko Borisov, said at the time she lied to him she had a tumor in order to explain her gaining weight while Agriculture Minister, Miroslav Naydenov, announced she told him she was going to Germany to undergo surgery, only to learn days later she had given birth.

In the aftermath, it was also revealed that Ilieva's university diploma from Germany was forged and the German prosecutor began a probe against her. The German investigation was halted after it became clear the diploma had not been forged on German territory. Ilieva, however, faces a law suit in Bulgaria on forgery charges