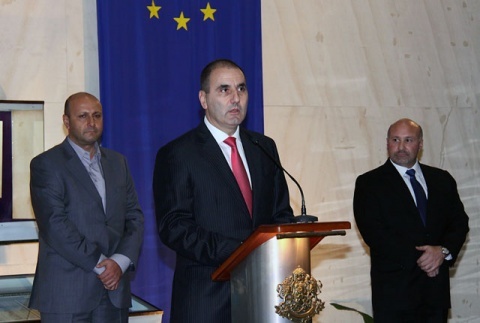 Bulgaria's Interior Minister Tsvetan Tsvetanov (front) confirmed the opening of the DEA office in Sofia on December 7 2012 at a meeting with DEA Regional Director Mark Destito (back right). Photo by Interior Ministry

The US Drug Enforcement Agency (DEA) will open its office in Bulgaria's capital Sofia on Tuesday.

The planned DEA office in the Bulgarian capital was announced by Tsvetanov and US Ambassador in Sofia James Warlick in December 2011.

The basis for cooperation between DEA and Bulgarian authorities was formed in the 1990s, when DEA began collaborating with the General Directorate for Combating Organized Crime (GDBOP) on several investigations involving significant drug trafficking organizations operating in the region, which resulted in notable seizures.

The USA has been mulling the opening of a DEA office in Sofia for some time as part of the efforts to boost law enforcement cooperation.