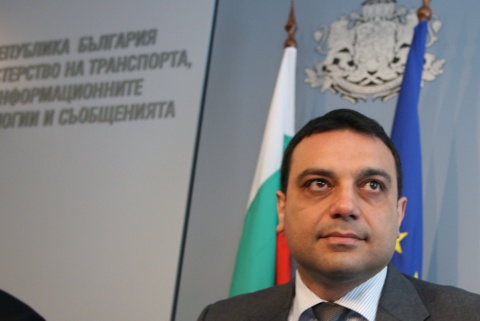 Bulgaria will not declare void the controversial tenders for the operation of what will be the country's DTT multiplexes despite pressure from Brussels.

This emerges from Bulgaria's Transport Ministry official statements in response to a list of questions, submitted by local Kapital Daily.

The inquiry came a week after the European Commission issued a final warning to Bulgaria over the controversial mux deals.

"There is to our knowledge no EC requirement for the annulment of the competitions," reads the reply by the Transport Ministry. The replies however show that the government in Sofia is not aware exactly what steps it has to take to ensure open and non-discriminatory access to the digital terrestrial broadcasting infrastructure market, as required by Brussels.

"If the European Commission wants new players to enter the market, it has to spell out the legal conditions, which will guarantee all players are treated equally," the transport ministry said.

It plans to hold consultations with all competent authorities, including the foreign ministry and a directorate dealing with EU issues within the cabinet.

The government in Sofia believes that the European Commission will not insist on declaring the tenders void.

"The European Commission is well aware that this could prompt the winners to sue Bulgaria for damages, which is hardly a better scenario than being fined by Brussels," the ministry said.

Bulgaria now has two months to inform the Commission of the measures taken to address the breach of EU Law and allow effective entry into the Bulgarian digital terrestrial broadcasting infrastructure.

If the national authorities do not reply satisfactorily within two months, the Commission said it may refer the matter to the Court of Justice. The European Commission decision from last week takes the form of a reasoned opinion, the second step in infringement proceedings under Article 258 of the TFEU.

"It is obvious that the reasoned opinion does not take into account information that Bulgarian authorities provided in January 2012," the transport ministry commented.

Brussels launched infringement proceedings over the DTT licences awarded in 2009 in May 2011. This followed complaints from Austria's transmission company, Oesterreichischer Rundfunksender GmbH & Co KG (ORS) against allegedly conflicting requirements for the eligible bidders in the mux contests, which drove it away.

No Delay for ASO Brussels' warning will not impact the timing of the analogue switch-off in Bulgaria, which has been scheduled to be wrapped up by September 1, 2013, the transport ministry said.

"The deadline - September 1, 2013 – has been fixed in the latest amendments to the Electronic Communications Act, adopted on December 29, 2011. The transition period will span over six months and will allow both analogue and digital transmission," the transport ministry explained.

According to the ministry there are no grounds for a new delay in the analogue switch-off, which would put the country at a disadvantage in comparison with neighbor countries, which are about the wrap up the transition period, including Romania and Serbia. The European Commission said last month it expects Bulgaria to publish the conditions of the tender as soon as possible, so that potential new entrants can prepare their applications, be selected and enter the market before the date set for the analogue switch off, 1 September 2013.

"We will do our best to launch, together with the Communications Regulation Commission, a tender procedure for the assignment of this spectrum within a few months," the transport ministry said.

Until then the government is expected to splurge BGN 150 M on freeing frequencies currently held by the military, but it is still not clear how this will happen and at what price.

"The draft bill, which was published for public debates on the ministry site, shows that the frequencies that the regulator is considering for building a new network, are primarily used by the Defense Ministry," explained the transport ministry.

Bulgaria has repeatedly informed Brussels of the problems it faces in freeing frequencies, it added.