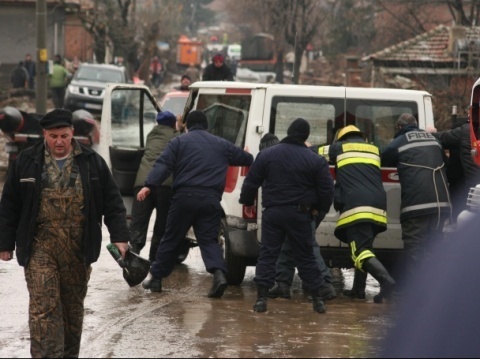 The prosecutors from Bulgaria's southern city of Haskovo have traced the ownership of the "deadly" Ivanovo dam to the Defense Ministry.

The largest private TV channel bTV reported Saturday that a document, dating from the 90s of the last century, had been found in the archives of the Harmanli Town Hall, where it is written that the Defense Ministry is banning farmers from the area to cultivate land plots near the dam.

"I think that the probe would most likely reveal that the Defense Ministry was responsible for this part of the dam, because there was a military facility used as training ground," Darina Slavova, prosecutor from the Haskovo Regional Prosecutor's Office is quoted saying.

The Defense Ministry is yet to issue an official statement. Defense Minister, Anyu Angelov, denied firmly and on several occasions that the dam was their property. Despite numerous interrogations, the ownership of the dam remains unclear with the main dispute being between the municipality of the town of Harmanli and the Defense Ministry, both saying the dam does not belong to them.

The prosecutors are still waiting on the most important expert report as well in order to establish the party responsible for the February 6 disaster.

On that day 10 people perished and 55 houses were destroyed in the village of Biser and the nearby village of Leshnikovo in southern Bulgaria, after the cracked wall of the Ivanovo dam broke and submerged adjacent areas.

Slavova says that she estimated next year (2013) as the deadline for the conclusion of the probe, a statement that raises the eyebrows of many locals since six prosecutors and a dozen of investigators are working on the case.