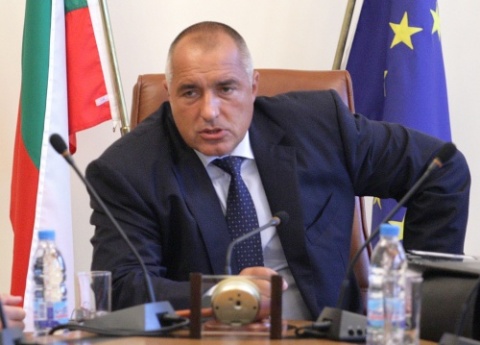 The Bulgarian edition of Forbes Magazine unveiled its first top 30 most influential persons in Bulgaria list at an event in capital Sofia on Tuesday, with the top 10 featuring four officials from the ruling party GERB and six oligarchs.

Predictably, the list was topped by Bulgaria's ubiquitous and manly PM Boyko Borisov, leader of the ruling center-right GERB party.

Bulgaria's star PM is followed by two buisnessmen, Tsvetan Vasilev, director of the Corporate Commercial Bank, and Ivo Kamenov, CEO of the Chimimport consortium, and one of the three leaders of the Varna-based group TIM.

Among the 30 persons singled out by Forbes to be most influential for Bulgaria at the present moment are 14 politicians, 12 business people and 4 NGO representatives.

Their average age is 49. Women are represnted with only 4 top 30 persons, with only one of the fair sex entering top 10.

By coincidence, this is none other than Tsvetelina Borislavova, an ex girlfriend of Borisov, with whom he is still on good terms.

Among politicians, no opposition representative has made it to the top 10. The best represented business sectors are banking, energy and media.

Forbes Bulgaria has stated that its criteria for the top 30 most influential Bulgarians are the same as those for its world top 30: number of people over which the person in question has power, the amount and kind of resources at his or her disposal, and the degree of active change he or she effects on the country.

With the event announcing the top 30 most influential persons in Bulgaria, Forbes Magazine marks one year of its Bulgarian edition.

Here is the Forbes Bulgaria Top 10 most influential Bulgarians for early 2012: